Public service broadcasting must be properly funded and remain fully independent in order to provide a “bulwark” against fake news and “ill-informed populism”, Lord Puttnam has said in a new book from Goldsmiths Press which addresses the future of television.

The Oscar-winning film producer argues that in an era of “alternative facts and online trolls our public service broadcasters stand as guarantors of accurate, informed and impartial information”.

Writing in the foreword to A Future for Public Service Television, which is published today, Lord Puttnam adds that “our need for trusted sources of information, comprised of tolerant balanced opinion, based on the very best available evidence, has never been greater”.

Lord Puttnam says that the truly successful societies of the 21st century will increasingly be those in which the provision of news and information is “rapid, accurate and trusted”. 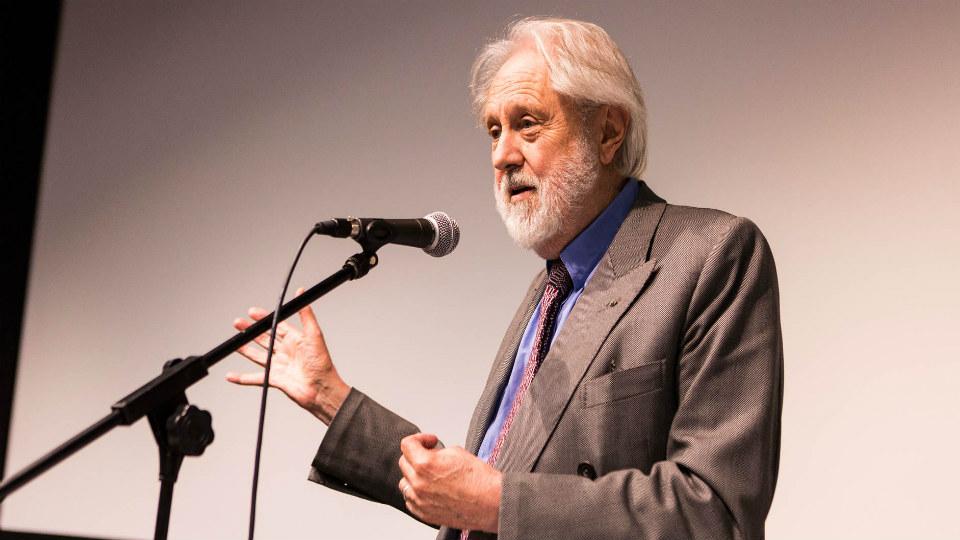 He adds: “‘Rapidity’ is now a given, ‘accuracy’ remains a challenge, but ‘trust’ is proving increasingly elusive.’

“Trust lies at the heart of any sustainable democracy, yet… it is evaporating on a daily basis, and once shredded, could prove all but impossible to rebuild.”

The peer, who is a Goldsmiths Honorary Fellow, concludes: “A well-resourced and fully independent public service television system, free of political coercion, offers our most reliable means of rebuilding public trust and accountability.”

Published by Goldsmiths Press, the university press housed at Goldsmiths, University of London, A Future for Public Service Television reflects on how publicly-funded networks like the BBC and Channel 4 can adapt and thrive in the 21st century media landscape.

It also includes submissions to, extracts from, and transcripts of the Puttnam Inquiry including contributions from Lenny Henry and Ken Loach.

The collection, according to its editors Professor Des Freedman and Dr Vana Goblot, “is designed to highlight some of the key challenges that face television in a digital and volatile media landscape”.

They add: “Lots of analysis is focused on funding but we wanted to focus also on how to embed diversity in the sector, how to democratise commissioning and production, how to use emerging platforms for public service purposes and how to provide content that is genuinely relevant to all sections of the population. These are the questions to which public service media have to find answers.”

It is a well-established trick of the policy trade that if you want to implement unpopular changes, you should threaten the worst and then compromise so that both sides can then claim success.

This is what appears to have happened with last week’s publication of the draft BBC Charter and Agreement, with Tony Hall speaking of a ‘hard won charter’ that will guarantee the BBC’s immediate future.

We too are delighted to see that the government has dropped its original plans to set up a unitary board dominated by government appointees. We hope that our criticism of these plans contributed to this welcome shift. We are pleased that the Charter will last for 11 years, taking it outside of the electoral cycle, and that it requires the BBC to fully represent the UK’s diverse communities.

However, we believe that it fails to fully safeguard the BBC’s independence, both in funding and governance, and that it seeks to reinforce the Government’s determination to see regulation of BBC content and services in relation to its impact on competition.

The draft Charter does not secure sufficient guarantees about the BBC’s future, foreshadowing a potential threat to the BBC’s status as a universal public service broadcaster able to provide a range of popular and diverse content free at the point of use.

Firstly, we are disappointed to see that the Secretary of State seeks to retain a significant role in the appointment of the board’s extremely powerful Chair (as well as the four members representing the Nations).

We had hoped that the government would seriously consider the proposals produced for us by the former commissioner for public appointments, Sir David Normington, setting out a series of tests to ensure a genuinely independent board. Sir David has criticized the shortcomings of the existing public appointments process and we believe it remains vital that the new Chair is selected purely on merit, not as a result of personal or political connections with the government of the day.

A political appointee could not only influence the BBC’s editorial and operational leadership, but also undermine confidence in the selection of the board’s other five non-executive members, as the Chair also heads up the Nomination Committee that draws up the shortlist for these appointments.

Secondly, we are concerned that the Charter disproportionately requires the BBC to be mindful of its impact on the wider media market. Scheduling, for example, will now need to consider ‘any potential adverse impact on fair and effective competition’, which was totally absent from the previous Agreement.

Additionally, ‘distinctiveness’ is to be firmly embedded into the overall remit of the BBC, as Ofcom is now required to monitor the BBC’s obligation ‘to secure the provision of more distinctive output and services’.

This could easily prevent the BBC from running popular programmes in peak-time or from developing new online services that its competitors would frown upon. In particular, we believe the board’s autonomy in managing the BBC’s strategic direction will be limited by the draft Charter’s requirement that Ofcom has the final say in any disagreement between board and the regulator.

Issues of significant concern to us that featured in the white paper have been incorporated into the draft Charter. For example, the BBC’s need to pursue technological innovation in the public interest has been downgraded from a core public purpose to a ‘general duty’. The Charter also firmly endorses the BBC’s right to provide a subscription service, allowing the BBC to ‘develop, test and pilot such a service, with the approval of the appropriate Minister’.

There are significant omissions. There is nothing that will prevent future funding arrangements from being carried out behind closed doors, and no detail of how to realize diversity as a public purpose; there is no onus on the BBC to change its employment practices, nor to allocate more money to, for example, BAME programming.

In conclusion, we are not quite as optimistic as the director general. There is little here to prevent the government from influencing the composition of the new unitary board, or from once again using licence fee revenue to pursue its own political projects (as it did when forcing the BBC to pay for free TV licences for the over-75s as part of its welfare reforms).

Instead, the BBC is to be handed an eleven-year extension with limited prospects for growth, and a requirement that it must not negatively impact the wider media market. Taken together, the proposed Charter and Agreement comes across not as a vote of confidence but a ‘holding position’.

In principle, we welcome the draft Charter’s support for a well-funded, independent and innovative public service broadcaster.

We are delighted to see that the government has dropped its original plans to set up a new unitary board dominated by government appointees. We would like to think that the proposals we commissioned from the former Commissioner for Public Appointments, Sir David Normington, setting out a series of tests to ensure a truly independent board, contributed to this welcome shift.

We are also pleased that the Charter highlights the importance of ensuring BBC content remains free at the point of use, as well as its recommendation that it needs to better represent the diverse communities of the UK.

We remain concerned, however, that the draft Charter fails to fully safeguard the BBC’s independence, both in terms of funding and governance, and continues in its determination to see regulation of BBC content and services in relation to the wider media market.

We look forward to making a fuller assessment of the Charter and Agreement in due course.

Sir David Normington, former commissioner for public appointments, outlines his proposals for appointing the BBC Board. See Appendix One of the Report or access the proposals here. “The decision by Rona Fairhead to stand down as chair of the BBC after she was asked to re-apply for the post, provides further evidence, were it needed, of the need for a robust, independent and transparent appointments process.

Our Inquiry into the future of public service television addressed this issue by asking Sir David Normington, the former Commissioner for Public Appointments, to devise a process that would safeguard independence and prevent any suspicion of political cronyism.

He came up with a number of tests which we believe ought to be applied to the appointment of all board members, those of the BBC and the Government, not least because the new unitary board sits so close to the operational and editorial centre of the Corporation.

It’s my most sincere hope that the appointments process will take on board Sir David’s well-thought-through suggestions: that the process should be open and fair; adhere closely to the Nolan Principles; be subject to official scrutiny and, to the greatest degree possible, reduce all forms of ministerial involvement.

What’s certain is that the BBC will need individuals with sufficient expertise, experience and credibility to help it meet the very considerable challenges it faces in the years to come.”